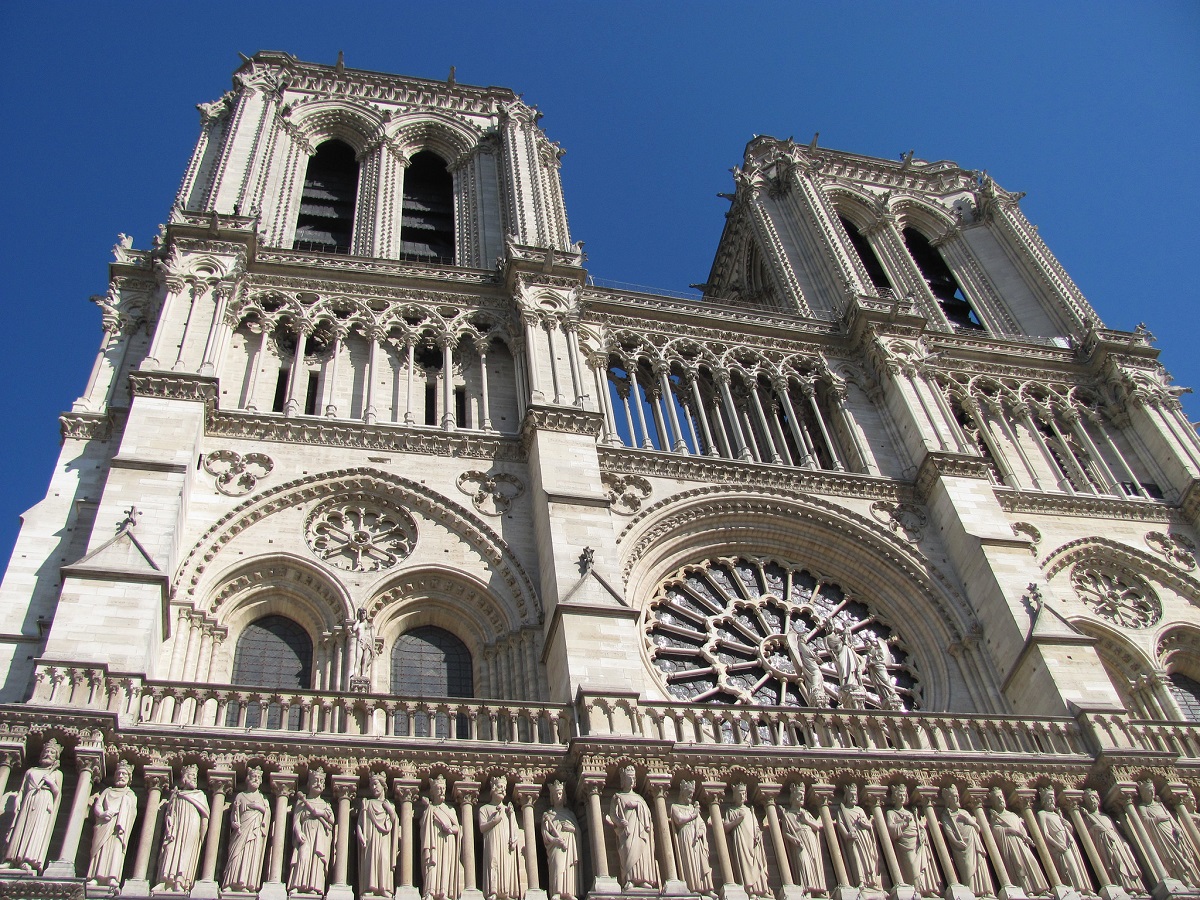 Notre-Dame Cathedral in Paris is a tourist destination renowned across the globe for its innovative and captivating gothic-style design and its appealing splendor. Most of the fascinating details of this cathedral can be missed if you are visiting for the first time, but with the help of a tourist guide, you can learn more about the place and discover new things about the gothic architecture.

The iconic façade image is popular in the world, and its picture is pasted across postcards and available in travel guides issued by travel agencies. If you take a closer look at this façade, you will discover that it exhibits an exceptional harmony of design, and depicts an exotic touch of craftsmanship that you cannot find in the world of contemporary architecture in this present day.

You can have a vivid view of the façade’s three incredibly-designed portals from the Notre Dame’s colossal plaza designed by Haussmann in the 19th century. These portals were built in the 13th century, and even though significant parts of its carvings and statuary were demolished, they were duplicated.

These three portals have their significance and what they represent. For instance, the left-side portal of the virgin represents the life of the Virgin Mary, an astrological calendar, and a coronation sight. The façade’s central portal is a representation of the Last Judgment in the form of a vertical triptych. If you pay close attention, the first and second panels display the resurrection of the dead, the judgment, Christ, and the apostles. The image of a reigning Christ was the highest in the scene.

The Portal of Saint-Anne on the right side has the oldest and most beautiful last surviving sculpture which has been in existence since the 12th century, which shows the Virgin Mary sitting on a throne, with the Christ child held in her arms. On the top of the portals is the gallery of Kings, which is a series of 28 statues of the kings of Israel. Though the statues are duplicated because the originals were beheaded during the revolution and it can be seen at the Medieval Museum located at the Hôtel de Cluny.

You will marvel at the West Rose window of the Notre Dame’s exterior side. It has a measurement of ten meters in diameter (32.8 feet) and holds the record as the biggest rose window when it was planned for construction. If you look at the window very well, you will discover the statuary have the images of God’s first human creatures, Adam and Eve on the outer rim. We also have the concluding level of the façade before getting to the towers which are the “Grande Galerie”, which serves as a connection for the two towers at their foundations. The grand gallery was adorned with images of violent demons and birds, but you cannot see them from the ground level.

THE TOWERS OF THE CATHEDRAL

The impressive and baroque towers of Norte Dame was famous due to the input of a novelist in the 19th century named Victor Hugo, who created a hunchback, Quasimodo and ensured it lived in the South Tower in “The Hunchback of Notre Dame”.

At 68 meters which is close to 223 feet, the towers provide you with incredible scenes of the Ile de la cité, the Seine, and the whole city. Kindly note that you have four hundred stairs to climb before you can enjoy the views. When you are at the top, you will be pleased to appreciate the statues of scary carrion birds and intimidating demons. The south tower provides accommodation for the notorious 13-ton bell of the Notre-Dame.

NORTH, SOUTH, AND REAR SIDES OF THE CATHEDRAL

These sides are often deserted by tourists when they visit the Notre Dame. Unknown to them, they are depriving themselves of the opportunity to view the poetic and amazing sides of the prestigious cathedral.

For example, the Northside façade which is located around the left side from the main façade has a portal with a magnificent 13th-century statue of the Virgin Mary. Regrettably, the child held in her arms was pruned by the 18th-century revolutionaries and never reinstated. On the other hand, the rear façade is as captivating as the main façade and exhibits the flying props and gothic spire of Notre Dame.

On the Southside, which is situated around the right from the main façade has the Saint-Etienne Portal, portraying the life and deeds of Saint-Etienne with extravagant sculptures.

The Medieval architects were able to project their ideas about divinity and humanity with the design of the interior of Dame. The fantastic elements of the cathedral such as the long halls, soft light filtered via complex strained glass, and vaulted ceilings offer a viewpoint of the medieval experts on humanity and divinity. Visitors are not allowed access to the upper levels of the cathedral, but the experience is mind-blowing that everyone will like to visit one more time. More about this can be found in our Notre Dame Cathedral facts page.

One of the most incredible characteristics of the cathedral is the three stained-glass rose windows. The North rose window has been in existence since the 13th century and often touted as the most beautiful. The south rose window also has images of Christ in the company of angels and saints.

If you are a music enthusiast, you will be amazed by the organs of Notre Dame which were returned to the cathedral in the early part of the 90’s, and considered to be among the biggest in the country. Visiting the cathedral during a mass will sooth your listening ears, as the choir also show a 14th-century screen that shows the Last Supper. In this place, you can see the statue of the Christ Child and the Virgin, several religious characters, and funeral monuments.