Skip to content
Home / The Hunchback of Notre Dame 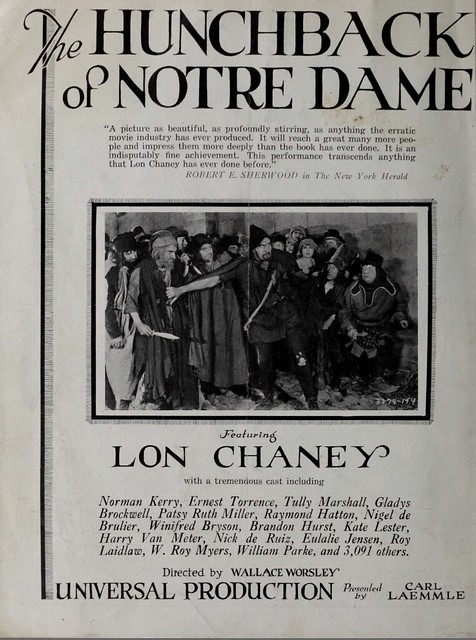 The Hunchback of Notre Dame

The famous book by Victor Hugo is more relevant than ever when it comes to the recent events at the cathedral. It reminds us almost two centuries later that the https://notredamecathedralparis.com has already been saved and rebuilt before.

When it came out in 1831 and was a major literary success, The Hunchback of Notre Dame the news and attention it created at the time brought attention to the Cathedral which had been in a terrible state of disrepair. As a result of Hugo’s book and effort, the king ordered a restoration in 1844.

At the time of his writing, the church was a wreck from years of being ignored and even vandalized. In his book, he ends the preface of Hunchback with predicting that “the church will, perhaps, itself soon disappear from the face of the earth.” But instead, he managed to save it.

Written with the hopes of saving an irreplaceable historic landmark of Paris that was on death’s doorstep, The Hunchback of Notre Dame instead was able to bring it new life. It’s pretty clear, with the dedication of the people of France, that same thing is going to happen once more.

The book came about because of Victor Hugo’s love of Gothic architecture. Victor Hugo started writing the Hunchback of Notre Dame in 1829. He wanted to make his contemporaries aware of Gothic architecture which was being neglected, destroyed and replaced with other buildings. The medieval stained glass panels for example found in the Notre Dame cathedral in Paris had their medieval stained glass panels removed and this was replaced by white glass some more light could get into the church. Hugo goes into a lot of detail in the book about this. He had a great concern about this type of architecture and had written papers in the past about it. His publisher wanted him to get the book finished so in September 1830 he worked non-stop on his project and six months later the Hunchback of Notre Dame was released.

The book story takes place in Paris during the reign of Louis XI in 1482. A gypsy by the name of Esmeralda has hearts of men including Pierre Gregoire and Captain Phoebus. Another character called Quasimodo has also taken an interest in Esmeralda as well as Quasimodo’s Guardian Archdeacon Claude Frollo who lusts after Esmeralda. He is torn because of the rules of the Notre Dame Cathedral. He has Quasimodo kidnap her but Phoebus and his guards capture Quasimodo and Save Esmeralda. Gringoire tries to help Esmerelda but Quasimodo knocks him out. When beggars are about to hang Gringoire, Esmeralda saves his life by agreeing to marry him for a period of four years.

Quasimodo is scheduled to be flogged but he calls out for water. Esmerelda approaches public stocks and gives him a drink of water. This ends up saving him and Quasimodo is thankful. Esmeralda is then arrested and she is charged with an attempted murder Phoebus but this is actually Frollo who attempted to murder him because he was jealous that he was trying to seduce Esmeralda. She is then sentenced to death and it’s going to be hanged. As she’s being led to the Gallows for her hanging Quasimodo comes down by the Bell rope of Notre Dame and takes her to the cathedral. Here at the Cathedral, he protects her as the cathedral is a sanctuary so she can’t be arrested.

Frollo tells Gringoire that the court has voted to take the sanctuary away from Esmeralda so that you can’t seek shelter in the Notre Dame Cathedral. She needs to be taken away and then killed. A gypsy leader called Clopin hears this news and has the citizens to rally around to make a charge at the Cathedral so Esmeralda can be rescued.

Quasimodo sees the Gypsies and believes that they are there to hurt Esmeralda so he drives these gypsies away. He believes that the king’s men want her rescued so he works to help them find her. Gringoire and Frollo rescue her but she doesn’t accept Frollo’s attempts to win her love so Frollo betrays her and hands her over to the troops. he watches as she is being hanged.

Quasimodo then pushes Frollo from the Notre Dame Cathedral and he dies. Quasimodo goes to the cemetery where Esmeralda is and hugs her body. He allows himself to die of starvation alongside her.

One of the major themes of this book is the Notre Dame Cathedral itself. It plays a significant role in the book it is where the main setting takes place and it’s the focus of the main theme of the story. During the time that Victor Hugo wrote this book, the cathedral had fallen into disrepair. Victor Hugo felt strongly about the cathedral. the book captures the romantic era as one that is extreme in religion, passion, and architecture. The themes of fate and destiny are set up in the book. It also explores social strife and revolution.

Architecture in the Book

Architecture plays a role in the book as Victor Hugo thought this was going to disappear because the printing press was developed. He believed that people’s ideas would be more developed on paper and that those wouldn’t go into architecture as much as before. he believed that the. He wrote the book in what he thought was the last era where architecture would have a great artistic form.

Television and film adaptations have strayed from the original plot of the story. Some of them have given the story a happier ending. In 1939 the classic film shows Quasimodo losing Esmeralda to Gringoire.  In1956 a French version of the film is one of the only versions that ends almost exactly like the novel does although some other areas of the story are changed.

There is also a Disney version of this book. Frollo is going to burn as Esmeralda at the stake because she rejects his advances. Quasimodo ends up rescuing her and takes her to the cathedral. While at the cathedral Quasimodo pours molten lead into the streets so that the Gypsies and anyone else can’t enter the cathedral. Frollo Ends up getting inside and persuades Esmeralda and Quasimodo to go to the balcony. He has a fight with Quasimodo and both of them fall over the edge. Frollo ends up dying in the molten lead while Phoebus catches Quasimodo on one of the lower floors. Quasimodo comes to accept that as Esmeralda and Phoebus are in love and sends his blessings to them. They encouraged him to leave the cathedral and go into the outside world. the citizens consider him a hero after this and he is accepted into society.

While the movie versions of the main Hunchback of Notre Dame story are different they do hold the same themes. The book version is quite a lot darker and you wouldn’t expect this to be shown in a movie especially a Disney movie. This is an excellent story that showcases the Notre Dame Cathedral as well as tells a great tale that many people cherish.